Background
How to troubleshoot link STM-64 in Huawei transmission equipment OSN 7500II using BPA and DCU because although have followed the theory guidance about power input range below , but there always find alarms B2_SD, B1_SD_B2_EXC, MS_RDI, R_LOF appears in its link (by NMS U2000) 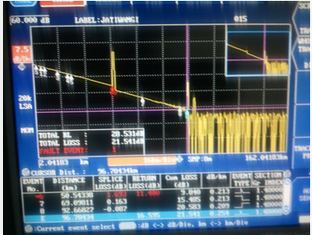 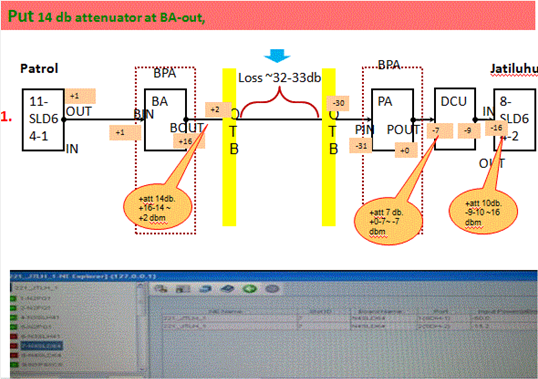 F. Result
then in that link used BPA and DCU in source (sample: Jatiluhur) and sink (sample: patrol) site already clear from alarm, and also can be created in NMS U2000
Suggestions and Summary:
From case study above, have conclusion that although now the link don’t have the alarm. But we notice that the received power(-31dbm) is lower than specification(-28dbm). That is mean in the later , the fiber degradation, the link don’t have any margin to work normal and must go to site to decrease the attenuator on.
It is suggested that If the received power of PA is higher than suggested value(-26), please add attenuator on BA out port firstly to decrease the nonlinear affection.